i went to colorado...

Seriously though- why didn't any of  y'all warn me that ALTITUDE SICKNESS could happen!??!  So weird.  It sucked. I felt "off" for like 4 freaking days. FOUR DAYS! blah.

BUT, let me tell you- Steamboat Springs is where the crazy Olympic ski people practice their jumps. It was IN-FLIPPING-SANE watching them do this!!!!

So this is the jump thing. I wish you could tell how TALL and HIGH on the mountainside it was. But you can't. Anyway... not only did the guys have to try to kill themselves on this insane jump thing- once they were at the bottom they had to CLIMB A MILLION STAIRS WITH THEIR SKIES IN THEIR ARMS to do it all over again!!!!!!

Really people, can't you install a escalator to the top or something?!?!!?  Good lord. All I kept thinking when they walked up the stairs was how I would flipping DIE if I had to do that. 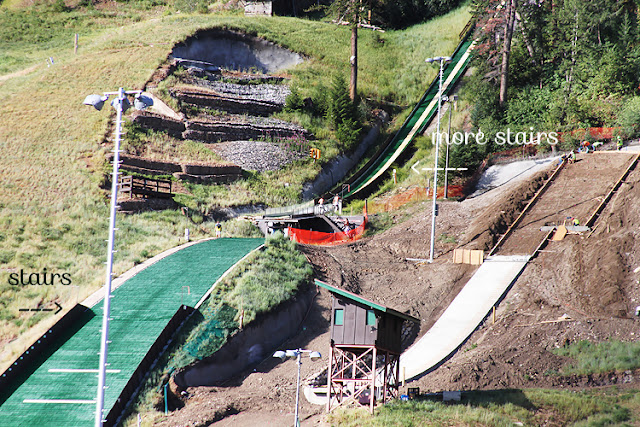 See?!?!? Stairs of death. Plus, they were so hot walking up the stairs of death, they had to fold down their weird unitard thingies. So basically, a bunch of guys walked up a billions stairs topless and I took their pics. Yep. Not creepy. At all.  lol 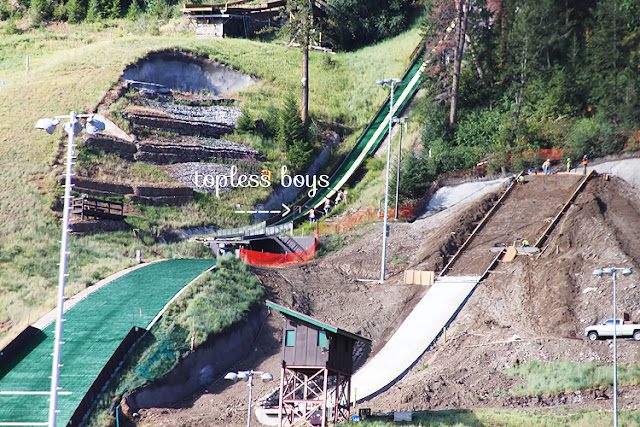 So once the crazy boys are at the top, they have to put their clothes back on and attach their skis! 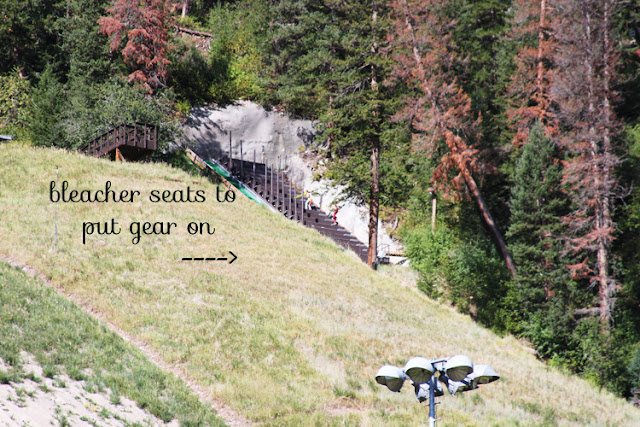 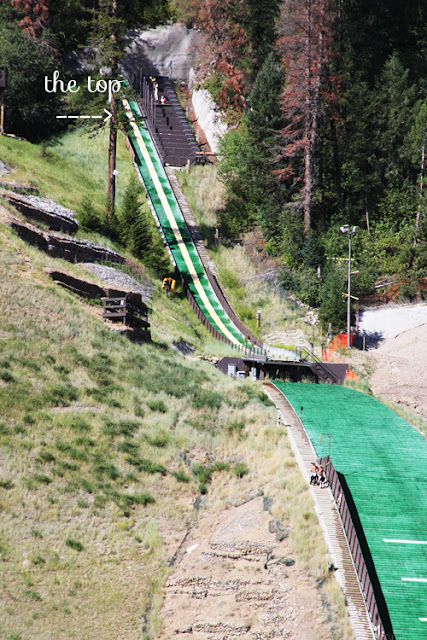 Holy shit, now that they are FINALLY up there and all reclothed, they can do what they came to do! FLY DOWN THAT CRAZY THING!!!!! 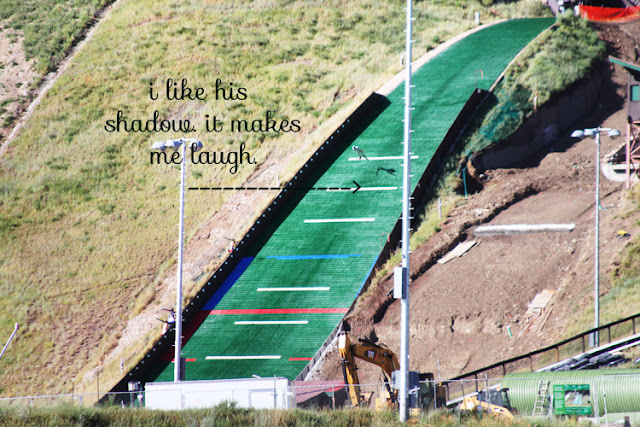 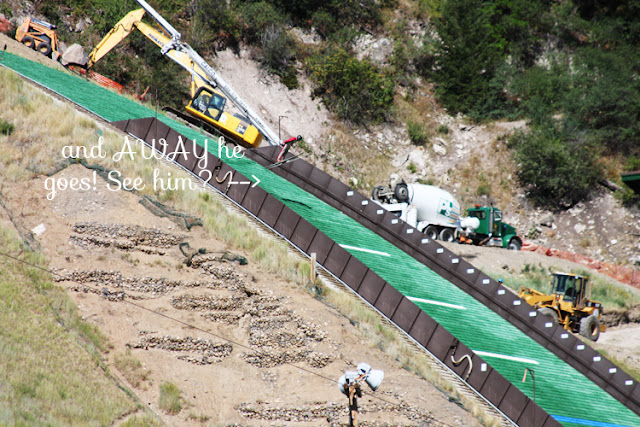 I don't think i'll ever get over the stairs.  THE STAIRS!

dedication. That's the one word that comes to mind. or INSANE.

Isn't Steamboat beautiful? Sorry no one warned you about the Altitude, when you come from 39 feet like us it's a little rough. I came out here and felt like I got the flu, and then we had to go for a hike up above the tree line. I thought I was gonna die - all the pictures from me look dead in the eyes from that particular day.

But I'm glad you got to come out here! I hope you had a blast (except for being sick)

I had no idea you could even get altitude sickness!

Oh Andie you absolutely can. I don't know if it's better if people warn you, or you just get it like I did. I literally felt like I had everything about the flu, just minus the actual vomiting.